As one of the world’s biggest musical artists, Ed Sheeran doesn’t do things halfway. That was definitely the case with his 2018 North American Stadium Tour in support of his Grammy-winning third album, “Divide.”

With 40 shows performed in sold-out stadiums from coast to coast, the tour posed an enormous logistical challenge. One that Averitt’s On Tour Logistics was only too happy to tackle. 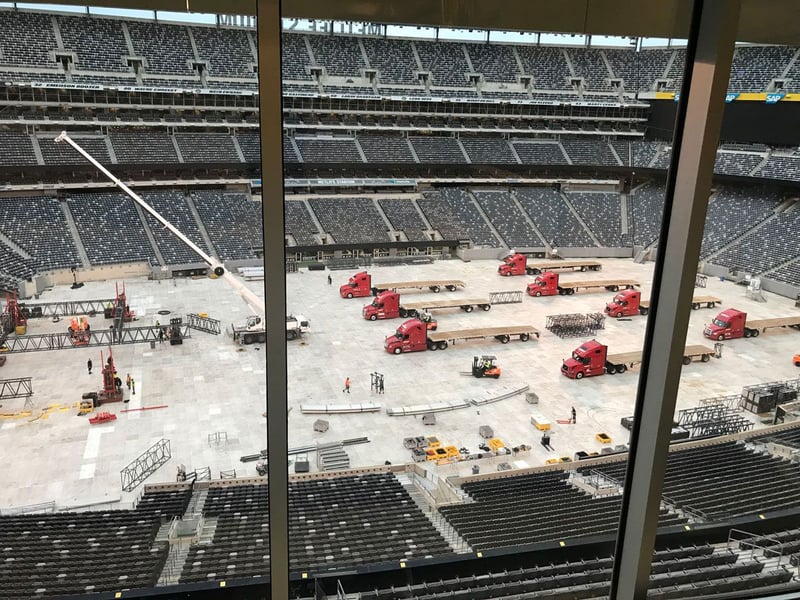 Given the complexities of stage setup and takedown, the process actually required two identical stages, leapfrogging through the tour dates to ensure that each stadium was ready in time. A total of 24 trucks were required for staging alone.

For each event, setup would begin four days before the scheduled show, with stage construction completed one day before to allow time for lighting and sound installation. Immediately following each show, tear-down would begin – and was completed within 24 hours.

The tour kicked off in front of 90,000 screaming fans at the historic Rose Bowl in Pasadena, California, and never lost an ounce of steam over the course of 40 shows.

How much of that was due to our seamless stage transport and construction?

But we were sure happy to be a part of it.

Averitt's On Tour Logistics specializes in delivering customized solutions for the production and entertainment industries. Whether it's managing the logistical needs for a recording artist's worldwide stadium tour, or moving sensitive lighting rigs for a local event, Averitt OTL will ensure that your event comes off without a hitch.

Other clients that On Tour Logistics partner with, include: