As trade tensions between the world's two biggest economies continue, companies around the world are moving to reduce their dependence on Chinese factories.

The result is a significant reordering of global manufacturing supply chains, as companies prepare for the possibility of an extended period of uneven trade relations.

This move away from manufacturing in the PRC – a procedure known as “decoupling” – amounts to a fundamental rethinking of a trade relationship that encompasses more than $700 billion in goods and services that flow between the countries every year.

And while both sides acknowledge that “full disengagement” is impossible, the resulting shift will nevertheless significantly impact players throughout the supply chain.

How Did China Become So Powerful?

Many circumstances contributed to China becoming a manufacturing powerhouse over the past two decades.

There was a skilled workforce available at a low cost. Labor unions were prevented under the Communist Party. The sheer number of subcontractors meant companies could aggressively negotiate for lower supply costs. As a result, business converged on what they saw as a golden opportunity. So much so, that last year China accounted for fully 25 percent of the world’s manufacturing, according to the United Nations Industrial Development Organization. That’s up from only 8 percent in 2000.

What Prompted The Current Change?

The writing has actually been on the wall for some time. As China continued to expand its military and flex its political muscles, many in both government and the private sector have worried that America’s reliance on Chinese factories leaves us vulnerable. So even prior to the latest round of tariff talks, momentum was building for a change. Still, most companies admit that their plans accelerated in May 2019, when tariffs on many Chinese imports rose from 10 percent to 25 percent.

In fact, more than 50 corporations have either announced plans to move manufacturing out of China, or are considering such a move. Names such as Google, Nintendo and Dell are among those trying to avoid the import penalties on $250 billion in Chinese goods by rebuilding their supply chains – primarily in Southeast Asia.

Nintendo, for instance, has shifted production of its popular Switch console out of China to Vietnam. Google has moved manufacturing of multiple products to Taiwan and Malaysia. Hewlett-Packard and Dell both plan to relocate chunks of their personal computer manufacturing to Southeast Asia.

Apple, meanwhile, is exploring a move of between 15 and 30 percent of its hardware production out of China – with India and Vietnam considered to be front runners for iPhone production, according to Nikkei. While this move was triggered by the protracted trade tensions between Washington and Beijing, multiple sources say that Apple decided that the risks of relying so heavily on manufacturing in China were simply too great.

All in all, a 2018 survey by UBS targeting chief financial officers of export-oriented manufacturers in China found that a third of them had moved at least some production out of China. Another third intended to do so in 2019. On average, the report indicated that these companies were planning to move production for roughly 30 percent of their exports out of China.

Obviously, reshaping global supply chains takes time, and China will remain an important manufacturing partner for decades to come. But it’s worth noting that they’re not the only country where significant shifts are underway.

For instance, furniture maker IKEA recently announced that they’re shutting down their only factory in the United States and moving operations to Europe, where they say they can cut costs. The closing of the Danville, Virginia plant will leave 300 workers without a job as of this December. 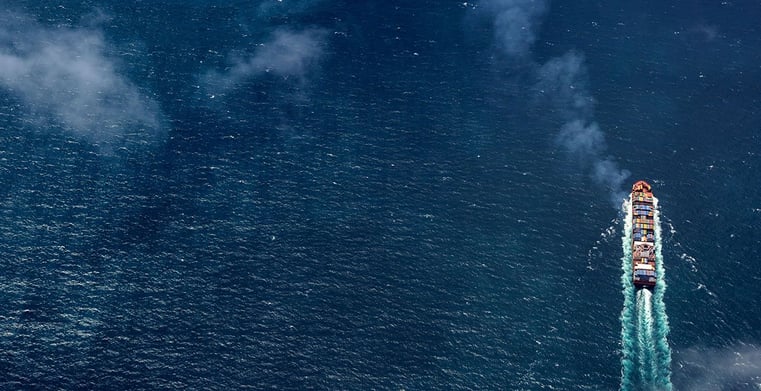 What Does All This Mean For Shippers?

Without question, the increases in tariffs on many Chinese exports was a blow to global shippers. A fact that only reinforces the need for flexibility in the supply chain.

In order for global shippers to withstand whatever future tariff hardships may be coming, it’s helpful to take a longer view of trade beyond just the relationship between the United States and China. The companies mentioned above – along with many others – are doing just that, and in the process are finding ways to avoid painful tariffs by setting up operations in emerging centers of manufacturing like Vietnam and India.

“If you are going to operate as a global company, you need to make your decisions that way, too,” Walter Kemmsies, Managing Director, Economist and Chief Strategist for JLL’s U.S. Ports, Airports, and Global Infrastructure Group told SupplyChain247.

“When you look across certain products, you can see how badly some supply chains are actually managed. It makes no sense to not truly diversify globally. If you source stuff in one country and sell it in another, you are extremely vulnerable.”

If you have any questions, do not hesitate to contact our team at international@averittexpress.com. If you would like to learn more about Averitt's International Solutions, our team is always available to help. Visit the Averitt International Website for more information.