The Weighing Costs That Congestion Has On Your Supply Chain

The American Transportation Research Institute recently published a new report titled "Cost of Congestion to the Trucking Industry: 2017 Update. According to the group's findings, traffic congestion throughout the United States resulted in a staggering cost of $63.4 billion to the transportation industry in 2015 due to lost productivity. The majority of the costs associated with congestion occurred in metropolitan areas. 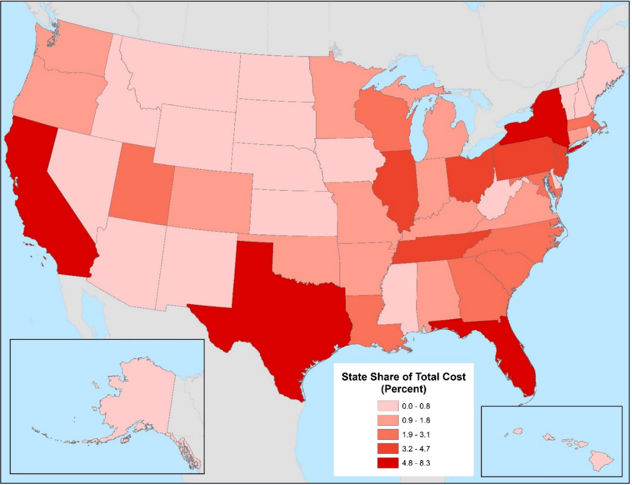 What's At Stake For Your Supply Chain?

While carriers incur losses due to congestion on the nation's highways, shippers also experience the fallout. Here are a few ways your supply chain may be impacted by overcrowded roads.

As you'd probably imagine, congestion is one of the leading causes of late and missed delivery appointments. In metropolitan areas, truck drivers can easily spend several hours of their workday in slow-moving traffic.

(2)Disruptions To Your Production

Aside from causing shipment delays, congestion can lead to delays in production when you're depending on a delivery to arrive at a certain time. When your production is slowed down or comes to a halt, your profits also suffer from the loss of productivity that occurs.

(3)The Effects On Your Customers

Another effect that highway congestion can have on your supply chain and business is the impact it has on your customers. When your customers receive a late shipment, their supply chains also risk potential disruptions. Additionally, the situation can reflect negatively on the carrier and your business.

How Can Your Carriers Help You Navigate The Traffic?

Though there are no short-term solutions to solving the nation's congestion crisis, your carrier can take proactive steps to reduce the potential effects of crowded roadways on your business and supply chain.

Many carriers use advanced routing technology that can help predict congestion patterns and also alert drivers and their dispatchers to sudden traffic jams. By analyzing highway data, carriers can reroute their trucks when possible.

Next, carriers and shippers can work together to schedule deliveries outside of peak congestion times. Avoiding certain areas and roads during peak hours will help reduce the potential for a driver being late.

In order to minimize the risks of congestion on your supply chain, your carrier should have an open communication policy and be proactive in notifying you when a driver is caught up in traffic. Good communication practices ensure that you and your carrier are both on the same page and it leads to a better overall business relationship.